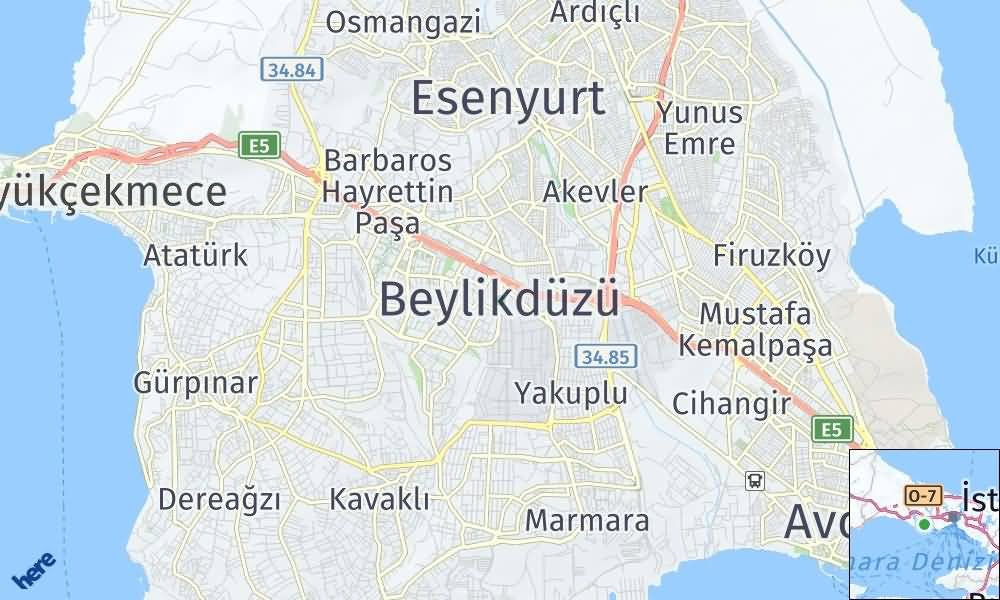 Beylikdüzü is in the European suburbs of Istanbul, Turkey, located north of the Sea of Marmara. It is one of the most desirable districts and it is expected to grow and prosper more. When the Turkish Republic was founded, this area was called “kavakli” and in 2003 it was given the name Beylikdüzü which means “Plains of the Beylik”
Beylikdüzü has 12 km coastline along the Sea of Marmara and Gürpınar beach is also in the area. It is home to the most shopping malls in Istanbul. The area has several facilities international schools and local, universities, and hospitals.

Investment in Beylikdüzü has a great value due to the presence of several vital facilities in the area, also hundreds of luxury projects are under construction and a few of them have already been delivered.
Beylikdüzü Valley of Life (Beylikdüzü Yaşam Vadisi) is one of the important projects that is being developed in the area. The valley sits in an estimated area of 1,000,000 m2 beginning from the E5 road and extends to the coast of the Marmara Sea. The project introduces a diverse range of destinations for the visitor, and this turns the valley into a thriving landscape based on the main character areas such as The Valley Park, Wilderness, Rural Valley, and Seaside. The Project is enriched with a new and elaborated center.
Another vital project that is planned to be in the area is an IDO maritime transport station.

Beylikdüzü has seen the highest increase in prices and value of land and property in Turkey even though its a relatively new established area. The area has gained popularity in the last few years, and it became a desired destination for residential and commercial investments.
Beylikdüzü has 12 km coastline along the Sea of Marmara and Gürpınar beach is also in the area. It is home to the most shopping malls in Istanbul. The area has several facilities international schools and local, universities, and hospitals.

In 1990 the population of Beylikdüzü was around 3000 residents, and today and after being affected by the wave of migration the number of residents increased to 350,000. Since the area’s population consists mostly of migrants from other parts of Istanbul and Turkey, and that makes the region one of the most cosmopolitan areas of the city and has people from all walks of life. And these diverse cultures will bring a unique taste to the area.
Almost in every street and avenue trees are planted at equal distance, making the whole neighborhood an open-air museum. The infrastructure of the area is excellently done and that reflected in the demographics. With Quiet and orderly streets and Medium-storey buildings, Beylikdüzü is an attraction for the upper-middle class. Suitable for Housing and Investment.

Esenyurt is a district in Istanbul. Located on the European side
Istanbul municipalities

Bağcılar is a district in Istanbul, located close to Bahçelievler on
Close